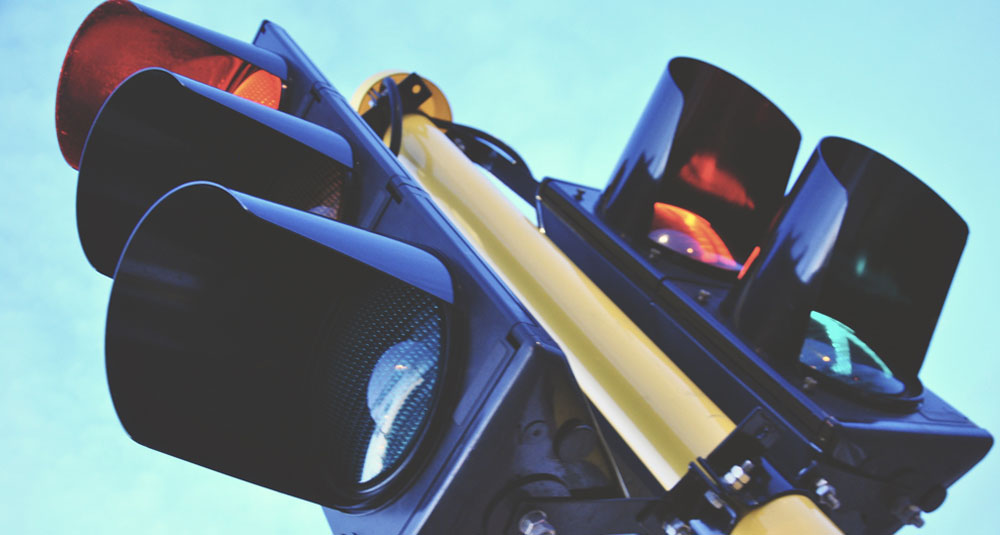 Punctuation. It’s a passion of mine.

It has the power to completely change the sense.

Now, that’s a worry. Until we add in the right punctuation:

One of my favourite examples is:

‘A woman without her man is nothing’.

‘A woman: without her, man is nothing’.

And, of course, that well known Panda-joke book title by Lynne Truss: ‘Eats shoots and leaves.’

(For my Aussie colleagues, a ruder version: ‘Eats roots and leaves’. Geddit? Is it a wombat, or a man?)

Punctuation is great for clarity: making the meaning clear. Something we should always aim for in our copy (or any type of writing, frankly).

But it can do so much more than that.

I cannot control where, when or how you read this copy.

You might choose to print out this article and read it sitting on the toilet of an Airbus a380, flying to London on Christmas Day 2023.

Nothing I can do about that.

But I can make you go at my pace.

My analogy is traffic control.

Let’s say you head off in your car to the shops.

You get to a speed bump. What do you do?

Slow down, of course.

Is someone from your local council standing there, all day and night, waiting for you with a sign saying ‘Slow down, Jon’?

No. The speed bump does the job for them, controlling you by remote.

That’s a comma. A natural pause. A break from the normal rhythm.

If you want to give the reader pause, slow them down, use a comma.

The way to do this is to write what you want to say. Then edit (see my chip at the marble article for tips on the editing process).

Once I’ve got the words I want, I’ll read it out loud. (Yep: this fixes a lot of writing issues.)

Where I feel a natural pause, I’ll put in a comma.

Here’s something I wrote just to make the point about commas.

After ‘something’? Try reading that out loud with a pause there: sounds weird (Here’s something, I wrote just to make the point about commas.).

After ‘point’? (Here’s something I wrote just to make the point, about commas.)

Not bad. Emphasises the ‘about commas’. But the first part of the sentence feels too long.

I think there’s a better spot.

If I add in a comma, it becomes:

Here’s something I wrote, just to make a point about commas.

See how I’ve slowed you down? You’re reading at my pace.

It seems clearer. Easier to take in.

Now, a road with too many speed bumps becomes annoying. So watch how many commas you use.

In fact, you might be able to fix a too-many-commas issue with my next bit of punctuation traffic control.

You’re on your way to the shops. You get to a red traffic light.

What do you do? (Legal things, that is: no checking the phone or doing the lippy.)

You stop. You think: ‘So, I’ve got to get the dry cleaning first before I hit the supermarket, then …’.

You’re pausing. The delay in your journey a welcome chance to reflect.

Two easy options for where to place a full stop.

One: replace a comma with a full stop.

Let’s try it with that previous example of  ‘Here’s something I wrote, just to make a point about commas’.

Here’s something I wrote. Just to make a point about commas.

I’ve forced you to stop and reflect.

Now, I know what you’re thinking: ‘That’s way too staccato!’.

Only because you saw the previous version. Most of the full stops in this article started out as commas. You don’t notice them, because it seems natural.

Trust me. Try it. Find a comma speed bump, and make it a full stop red traffic light.

Second: replace the word ‘and’ with a full stop.

Well. Not really. But he does say:

‘One maxim that my students find helpful is: One thought per sentence…’

Where there’s an ‘and’, it’s often introducing another thought. That’s not kind to our reader.

So, find any ‘and’s. And replace them.

For example, if we have this piece of copy:

Full stops are a great way to control the reader and make them stop and think.

Let’s see what happens when we replace the ‘and’ with a full stop:

Full stops are a great way to control the reader. Make them stop and think.

I made you stop and think. Neat, eh?

I could even replace that second ‘and’:

Full stops are a great way to control the reader. Make them stop. Think.

Too staccato? Yep. I’d probably agree on that one. You can always change it back to just the one full stop.

Think about your reader’s journey. Where do you want to give them pause for thought? Force them to stop and think?

Use your commas and full stops to slow them down. Go at your pace.

I call punctuation the ‘stealth bomber’ of copywriting.

If you get it right, no-one will notice it’s there. It sneaks under the radar.

Now, you can have too many full stops. Just as it’s annoying when every traffic light is red.

So, after you’ve added in your full stops, read it out loud. Some of those full stops might need to change back to commas.

Be kind to your reader. Don’t frustrate them.

I love the way punctuation can subtly direct the way a reader thinks.

Take a short piece of copy like: ‘Retire who says’.

In the first one, we’re saying retirement is a fact. You have to retire (a full stop suggests certainty). But we’re questioning who’s telling you.

The second one, we’re questioning the need to retire.

Hey: I can play this game all day. Looking for subtle nuances. Until I run out of options on the keyboard.

This is often the very last part of the copywriting process. The finessing. The refining.

I find punctuation one of the most exciting aspects of writing.

And the most poorly done.

I see it everywhere. Commas in wrong places. A lack of full stops. Frustrating – and distracting.

Turn natural pauses into commas. Then commas and ‘and‘s into full stops.

Learn to use punctuation wisely, and you’ll get great feedback. The reader won’t know why. They’ll just know it’s clearer.

That, excuse the pun, drives engagement.