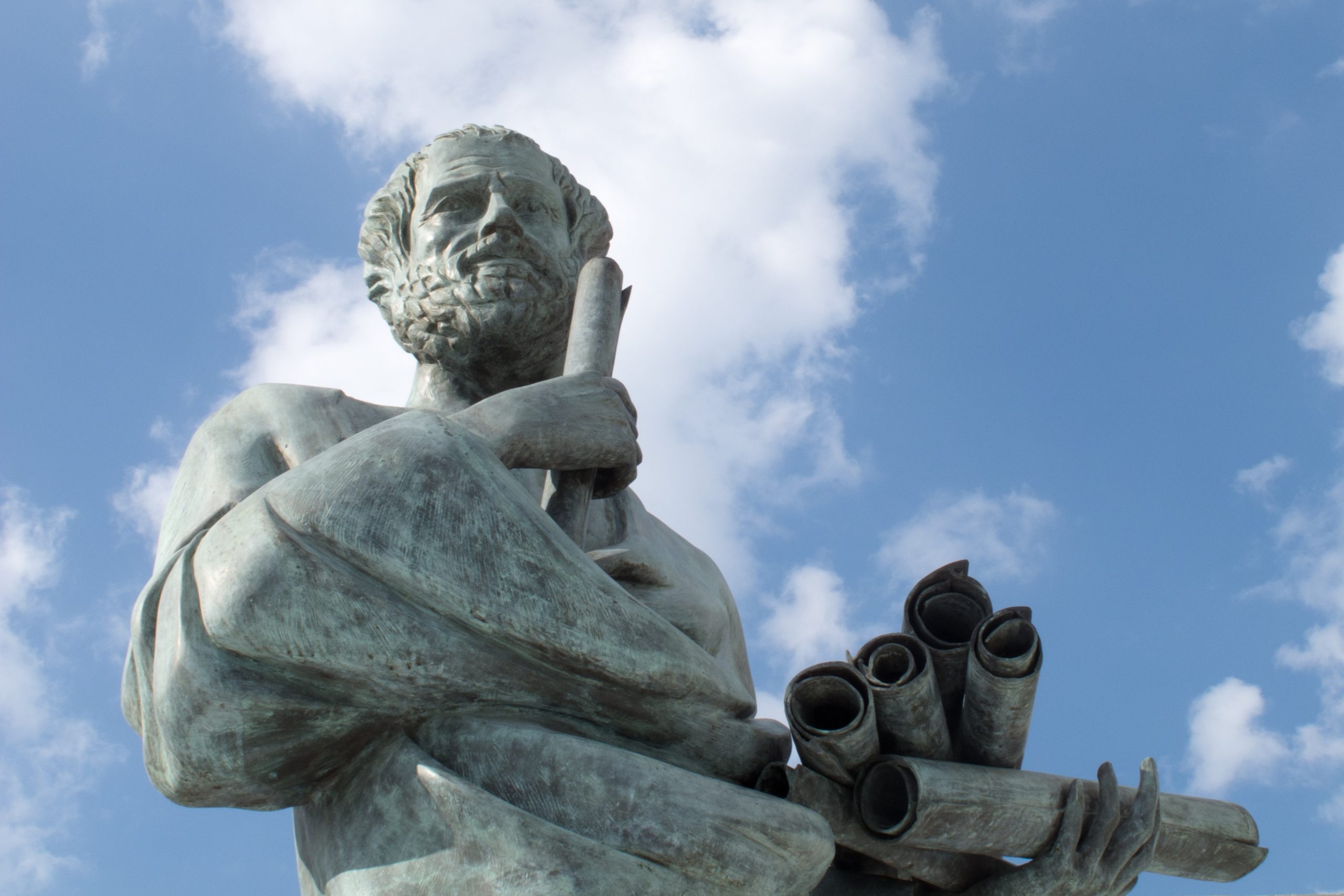 11 May Copywriting tip 18: Start in the reader’s world

NB: This is from my Sell vs tell. Two powerful structures for your copy article.

Socrates was a Greek philosopher who lived some 2,400 years ago.

He’s credited with being the father of Western philosophy (from the Greek ‘philo’ = love, and ‘sophia’= wisdom. So ‘the love of wisdom’).

But he’s also credited with a way of arguing. Of persuading his opponents. Selling his point of view.

Dale Carnegie describes it in his book ‘How to win friends and influence people’:

‘His whole technique, now called the ‘Socratic method’, was based upon getting a ‘yes, yes’ response. He asked questions with which his opponent would have to agree. He kept on winning one admission after another, until he had an armful of yeses.

He kept on asking questions until finally, almost without realising it, his opponents found themselves embracing a conclusion they would have bitterly opposed previously.’

Yep. Ask questions with which his opponent would have to agree.

Start with something the reader has to agree with. Start in their world, not yours.

Here’s an example (from a real ad):

Everybody has bad days. Even bosses.

Agree with that statement? You might not be a boss, but you can understand how they might feel. In fact, the beauty of the Socratic opening is that it will filter out those not interested.

Onto the second line:

But when you’re the boss of a small business, a bad day can get out of proportion.

Agree? Nodding away? Good. They’re drawing you from your world, into theirs.

In a big company, you’d probably be surrounded by experts in finance, sales, personnel, marketing, production, and so on. People you could talk to, argue with, try your ideas on, blame, have lunch with, confide in and who would generally make you feel better.

Ah: they’re starting to give us some clues. With the Socratic style, you have to get to the point eventually.

Final line (before they reveal who they are and what they offer):

But when you’re the boss of a small business, you’re on your own.

That opening copy feels like a conversation. It’s focussed on the reader. Understands and empathises with them.

Now, who’s the ad for? What clues did they give us?

Something about ‘confiding in’. So a business network/mentoring solution?

They’ve listed some areas of business. So an outsourced finance, sales, marketing service?

A piece of software?

In fact, you could sell anything off the back of that empathetic opening.

Now, they could have started in their world:

At HSBC, we’re pleased to announce …

And you would have switched off. It’s about them, not me.

The Socratic opening is incredibly powerful. But incredibly hard to do.

First, you need a deep understanding of your audience. What are their issues? Pain points? Feelings and challenges.

Second, you tend to start in your world. Sitting at your desk, in your bubble. With all the pressures and distractions. Knowing what the message is, and what you’re trying to promote. That’s your world, but it’s not the reader’s.

Imagine the reader – where they are, what time it is, what’s on their mind.

Empathise. Show an understanding of their issues, then how you can help solve them.

Give it a shot. Get it right, and it’s mighty powerful.

This tip is based on my 30 Tips in 40 Minutes webinar.

Feel free to download a version of the slides and watch a video of the one-hour webinar.